Public buses (ônibus) reach most of the points of the island. Most places on the island can be reached in less than an hour. The buses operate from 5am till midnight. On some lines there are infrequent night buses. Typical ride costs about R$ 3 to R$ 5 . You can pay cash to the driver. 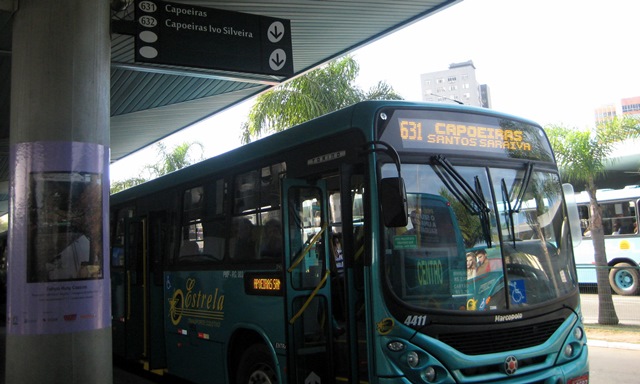 For those staying longer it can make sense to get a electronic card, that has slightly cheaper fares. This card (Cartão Passe Rápido Turista) costs R$ 3,00, so you will have to make at least 15-20 rides for it to pay back. The card can only be recharged in bus terminals.

Various companies operate buses and the easiest way to look for your connection is at MobFloripa’s website.

Executive bus lines (Linhas Executivas) are air conditioned and cost a little bit extra (R$ 5), but don’t make so many stops and should have more room. These lines are yellow (amarelinhos). If the bus has only a yellow line than it probably isn’t executive line but a school bus (escolar).

Some bus lines (those that go to beaches for example) may operate only during the summer months.

The location could not be found.